Advocacy via Regency for Constitutional Monarchy in China

Archive for the category “Confucianism”

The life of Ma Xiao, a young man in Shanxi province, is just like a fable. As the child of a relatively powerful government official, he had unfairly beaten other competitors many times since childhood thanks to his family’s influence. However, Ma decided to pursue his own career in Beijing after graduation from college instead of accepting the job his father arranged for in his hometown.

After working as an editor in a news agency for five years in the Chinese capital, Ma finally obtained a promotion opportunity, but another person edged him out due to close connections with the vice president of the news agency. Ma felt frustrated and returned to Shanxi at the end of last year. He then passed a civil service exam and landed a good job in a local court thanks to his father’s connections.

Ma is a direct beneficiary of his family’s connections. Without the protection of his parents, his rights and interests were immediately encroached on by other people with connections. It seems that only people with strong backgrounds and connections can “laugh last” in such a “snobbish” society.

Children of government officials can boast most useful connections. Ma was admitted into a key provincial-level senior high school, though his score was 100 points below the school’s enrolment mark. More than 10,000 yuan of sponsorship fees played a role, but what mattered most were his parents’ positions as powerful government officials. In China, power is much more useful than wealth, and the public are increasingly distrustful of officials. The promotion of any young cadres will raise public speculations about their backgrounds.

The information in the article shows (as suspected among the more Confucian and ethical inclined among our members) that a dangerous burgeoning culture of nepotism plagues China’s bureaucrats who are unschooled in Imperial thought and have had no ‘Imperial Conditioning’.

Ma Xiao, is a right minded person with a noble attitude that the state should help achieve their goals with. Few men have the courage and ideals to not want to use connections, though society and by extension the bureaucrats that run and colour society, failed Ma Xiao – left the good man no choice but to focus on earning a living at the cost to the high ideals that certainly do indicate an aristocratic nature at least, if not nobility – that ICCR intends to promote, to allow an outlet for China’s citizens with. Meritocracy (which does not preclude term limits and nepotism) was expected, but the entire system failed. If this story is not contrived promotion of the next generation of cadre and a genuine example, Ma Xiao has the personal qualities and sense of personal pride to lead the nation someday. People who specifically avoid use of connections AND have the ideals and belief in society are the leaders with a conscience and soul that China needs.

As for ‘Without the protection of his parents, his rights and interests were immediately encroached on by other people with connections. It seems that only people with strong backgrounds and connections can “laugh last” in such a “snobbish” society.’ , the state, perhaps through a network of noble minded ‘Watchers’, must be prepared to reward the righteous and punish the undeserving or disruptive. The mindset and ultimate intent, doubtless determine who must triumph, for the soul of China is at stake. Neglect those who need promoting, ignore those who need to be dropped from social standing, and China’s spirit and society darken equally as well until a society riddled with corrupt and vicious officials, contract assassinations and underworld links (much like Hongkie movies love to portray).

With wealth as China has now, justice and ethics are no longer expedient or can be sacrificed without degenerating into a ‘Merchant nation’ and factory floor society peopled by slave labour (while the institution of Royalty becomes the preserve of other peoples), thus the wealthy and low minded remain by their expressions and actions but mere merchants and politicians (term limitless and nepotistic to boot), while the wealthy and noble minded differentiate themselves as worthy of China’s leadership by ensuring that justice and spirit of China are superior and the means of progress is by virtue and exceptionalism, not wealth and violence.

Meanwhile China’s civil society could do with a formalisation of the ideals above via revival of the Imperial system, to a point where sufficient wealth has been obtained as China may be at the point of of (audits of existing top level Mandarins would seem to indicate so), pride of race and nation now must be focused on and cannot be better concretised with patents of aristocracy and nobility with appropriate international immunities (which China should automatically begin work on ensuring) as ICCR intends to include as a paradigm of social stature alongside the steel of the PLA and the neo-Censorate of the CPCC political party. China must be more than a nation of merchants and soldiers, and as recognized and protected by state – China must now be a nation of people striving towards status of nobility with a core of noblemen probably from people with exceptionalist mindsets as Ma Xiao. As envisioned by so many visionary philosophers in the past, ICCR again brings to the forefront a philosophy of an Imperial Revival to take China to to the leadership of Humanity and eventually all colonizable places beyond this planet. Long live the Fatherland China! Long live the Imperium Sinensis! 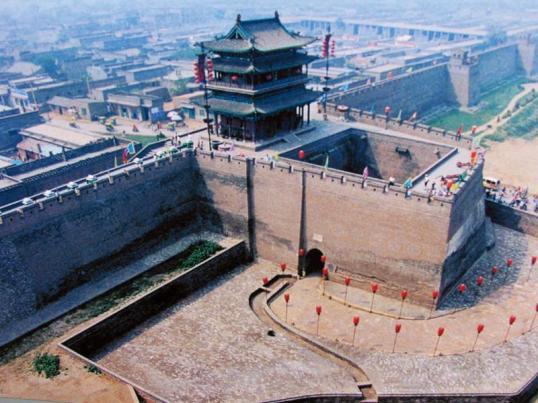 Castle Pingyao (home to generations of the Royal Zhao Clan), who are currently seeking rights to use the Royal Quarters as their family did during the Royal Zhao Era as an extension of HIM Ying III and Lord Protector’s vision via ICCR.

Pingyao has a 2,700-year history and was listed as a world heritage site by the United Nations Educational, Cultural and Scientific Organization (UNESCO) in 1997.

Monarchist Courtiers from prominent families at the Royal Assembly at Pingyao Royal Township. 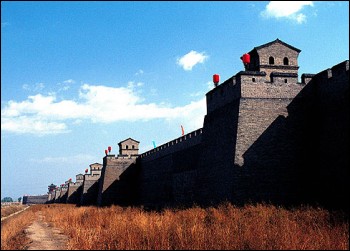 College students wearing traditional costumes perform traditional ritual at a Confucian shrine in Seoul, South Korea, May 11, 2012. The Confucius ritual is staged twice a year at the Confucian Shrine at Sungkyunkwan University in Seoul, which was built during the Joseon Dynasty in 1398 for Korean Confucian scholars to honor Confucius. (Xinhua/Park Jin-hee)

To remind all those who trod upon Korea in the past that Korea will rise again united and stronger. Korea’s true faith and cultural tradition is Confucianism, and South Korea will not tolerate spiritual colonisation and who knows could learn a thing or 2 from North Korea about internal integrity and continuity.

On 22 August 1910, the Kingdom of Korea was annexed by Japan with the Japan-Korea Annexation Treaty. King Gojong of the Royal House of Joseon was forced to abdicate by the Japanese, and died suddenly on 21 January 1919 at Deoksugung Palace. There is much speculation that he was killed by poison administered by Japanese officials, an idea that gained wide circulation and acceptance at the time of his death. King Gojong’s death and subsequent funeral proved a catalyst for the March First Movement for Korean independence from Japanese rule. 3 generations later 2 King Yi Won (born 23 September 1962) is a descendant of the Joseon Dynasty (a.k.a. Yi Dynasty) and the head of the House of Yi. He worked as a general manager of Hyundai Home Shopping a Hyundai Department Store Group company until Prince Yi Gu died on July 16, 2005. He was born as the eldest son of Prince Gap of Korea, the 9th son of Prince Yi Kang by his wife at Hyehwa-dong, Jongno-gu, Seoul and became the adopted son of Prince Yi Gu, the twenty-ninth head of the Imperial house, though the legality of the adoption is contested.

The Yi Family Council chose Prince Yi as the next Head of Korean Imperial Household and they also made his title the Hereditary Prince Imperial (Hwangsason) in the meaning of inherited a title of Prince Gu. His claim is contested by Princess Yi Haewon of Korea who was crowned Empress of South Korea by at least 13 descendants who felt that she should be Empress, not Prince Won.

ICCR note : Suggest that a transferable formal title of upper nobility be bestowed upon the Princess, and that the male hereditary line of Prince Yi be continued.

Should the Confucian culturalists above featured choose to support Constitutional Monarchy to attenuate TRUE KOREAN culture, I suggest that the above burgeoning aristocrats begin a lobby for Constitutional Monarchy to undo the consigning of the Korean people to being a people without a Royal head. Prince Yi who currently lives in an apartment in Wondang, Goyang, Gyeonggi province, Korea with his family, should make application to government of Korea, to allow them access to the former King Gojong’s (1852 to 1919) living quarters (Prince Yi’s great-grandfather) at Gyeongbokgung Palace (Prince Yi’s family home), though no funds should be assigned to the Korean Royal family until parliamentary majority assent to Constitutional Monarchy in Korea is re-affirmed.

ICCR Note : Current leader of North Korea Kim Jong Un could be co-opted into a United Kingdom of Korea, but may be required to relinquish all military and political power in exchange for a hereditary title with appropriate immunities, a state stipend (based in North Korean GDP), and appropriate state respect (i.e. lese majeste laws etc.). The stability in North East Asia achieved with this single act would be the greatest event in the Far East since the surrender of the Japanese after WWII . . . imagine a : “Principality of North Korea under Constitutional Principality – Kim Dynasty – Established, North Korean Military Junta retires into Aristocracy,  Prisoners Released, Two Koreas United”, heading  in the newspapers and online media . . . 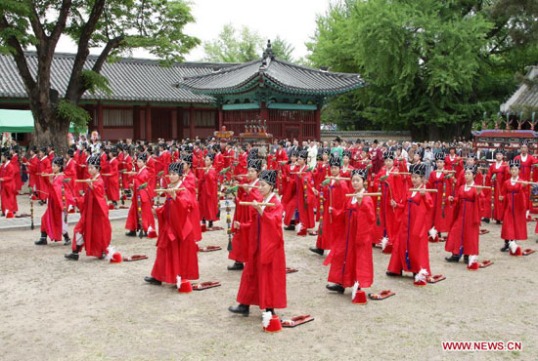